Rent Your Car Without Stress

North Cyprus is the perfect tourist trap. It’s small enough to cover by car, it is home to a host of top hotels, and there is no shortage of attractions and things to do. In this guide we’ll highlight the very best of those attractions as we look at the top 5 places to visit by car rental in 2018. If you want to explore the very best that North Cyprus has to offer, then the five sites described in this article are a great place to start.

There are two bays on Turtle Beach: one has a restaurant and caters for lots of locals and tour-ists, while the other is a little more sparsely populated and is better suited to those who want a quiet day out. But there’s much more to this beach than fun and frolics, it’s called “turtle beach” for a reason after all.

Every summer Alagadi Turtle Beach becomes home to scores of turtles as eggs hatch and these little critters flock to the sea. There are organised events arranged by SPOT, who make sure the turtles are safe while also providing visitors with a chance to join in and help out.

Whether you hop in your rental car to see the turtles and help SPOT out, or you’re there for the gorgeous rock pools, azure waters and sun bathing, Alagadi Turtle Beach is a must see when you’re in North Cyprus.

Bellapais Abbey is a 13th century structure that takes its name for the French for “the abbey of beautiful peace”. It’s a serene, majestic site located a short drive from the city of Kyrenia in North Cyprus, with plenty of tourists seeking a bit of history and culture. It’s a popular destination with tourists in car rentals as it’s easily accessed and there is a lot to see and do.

There are great views of the sea from the abbey, which sits 220 meters above sea level, and there is also a museum, restaurant and cafe on site to provide refreshments and a spot of histo-ry. In recent years the abbey has also become a hotspot for concerts and lectures, and in the summer it plays host to a local music festival.

You can visit Bellapais Abbey throughout the year and drink in some of the history for yourself. This abbey was built by King Hugh III of Cyprus in the 13th century and it has also played host to the Genoese, who raised in 1373, and the Venetians, who conquered in 1489, as well as the Ottomans and British.

St. Hilarion Castle sits high on the Kyrenia mountains and is one of the better preserved castles in North Cyprus, despite being over 800 years old and having seen better days. St. Hilarion Castle is named after a saint who is believed to have fled to Cyprus after the Arab conquest of Israel. It was an important defensive structure for the Byzantines, who are believed to have be-gun working on the fortifications in the 11th century, but the modern day castle is a shadow of its former self after it was dismantled by the Venetians in the 15th century.

St. Hilarion Castle has a lot of history, but it’s also a great place to enjoy views of the island. It’s high above sea level and provides breathtaking, panoramic views of Kyrenia, the sea, and the surrounding mountain range. If you want to learn about the medieval history of the region while also enjoying all of its modern beauty, St. Hilarion Castle is the perfect location. You can also go most of the way to the castle in your rental car, before parking nearby and en-joying the scenery.

The Karpaz Peninsula is a long stretch of land that is sparsely populated and includes a number of interesting historical sites, beaches, and other tourist attractions. The Karpaz Peninsula is a tourist destinations in itself and includes popular haunts such as Golden Beach, populated with white sand dunes and clear seas; and the Apostolos Andreas Monastery, which offers great views and a piece of local history.

Karpaz Peninsula is famous for its wild donkeys and its laid-back lifestyle, as there are no bus-tling towns here. It’s relaxed, it’s pristine, it’s beautiful, and it’s perfect if you want to experience a different side of Cyprus. 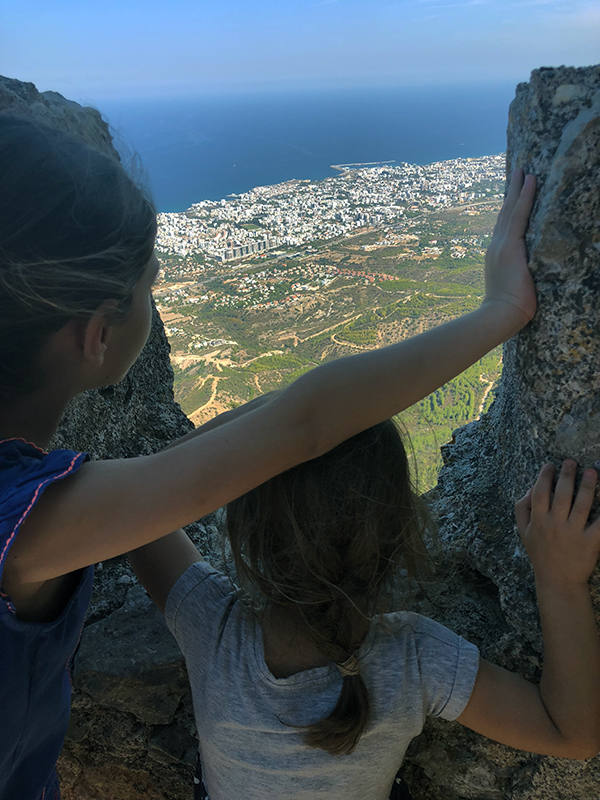 There is also an abundance of restaurants serving fresh seafood and many other local treats. It’s a Cypriot paradise that many visitors to North Cyprus often overlook, and if you want to take in everything that this small island has to offer then make sure you visit Karpaz Peninsula

North Cyprus, and all of the island of Cyprus in general, is not short on castles, fortifications and history. We’ve already highlighted the features of St. Hilarion Castle and stressed how important it is to include it in your itinerary after you rent a car and begin to explore, but Kantara Castle is also well worth a visit. Located in Trikomo, Kantara Castle is a true hidden gem that few tourists know about. For the most part, this historic castle’s beauty has been left to the locals and to re-ligious pilgrims from nearby Mediterranean countries, but it’s time that everyone discovered it.

Kantara Castle was built sometime in the Byzantine period, although the exact date is unknown. It is situated high atop a hill that overlooks a beautifully bucolic scene. Throughout its history it served as a watch tower where settlers could spy on pirate raids and armies could prepare for oncoming attacks. It saw very little actual fighting, but it played host to a number of historic fig-ures nonetheless, including Richard the Lionheart, who took the castle in 1191, before handing it over to the Knights Templar.