Severe Weather Conditions Continue to Cause Travel Havoc Across Cyprus 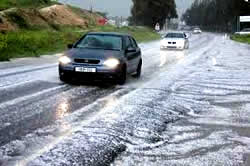 With one of the warmest climates in the Mediterranean, it’s unusual for temperatures to drop below 7°C, even in the coldest months. Indeed, average winter temperatures often reach as high as 18°C, making it one of the most popular winter tourist destinations for sun-seekers looking to escape the cold temperatures of their own country. Rainfall is, of course, fairly common during the winter. Although snow is not unheard of, snowfall is generally isolated to the region around the Troodos Mountains. As a result, the recent inclement weather has come as something as a shock to Cyprus, leaving many worried as to whether or not the snow will make a return later on this winter. 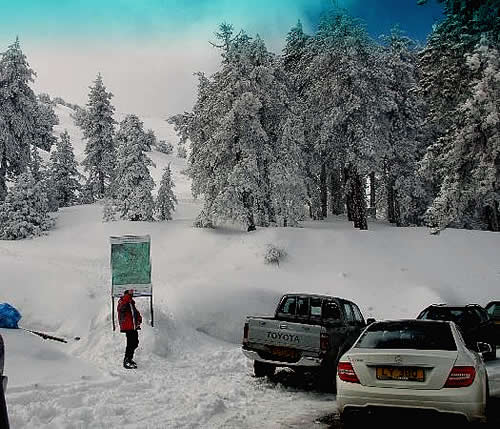 The snow fell first in Paphos, accompanied by freezing temperatures and strong winds; before spreading to the east of the island, even falling on the popular tourist resort of Ayia Napa. Ironically, the snowfall in Paphos, which occurred on the 7th, fell exactly one year after the last snowfall in the island. As might be expected, significant amounts of snow fell in the mountainous regions; with around 25cm of snow recorded on Mount Olympus. In North Cyprus, both Nicosia and Kyrenia were hit hard by severe rainstorms; and roads were particularly perilous in the Kyrenia Bogaz area, due to the ice. In addition to the snow and rain, the island has been battered by thunderstorms and strong winds. The bad weather has made driving treacherous, causing police to issue an official statement, advising drivers to only venture out when necessary, and to take extreme care on the roads.

Fortunately, this inclement start to the year seems to have finally come to an end, and life across both Southern and Northern Cyprus has returned to normal. However, in the aftermath, many Cypriots are left wondering whether this extended period of turbulent weather was a one-off event, or whether Cyprus should anticipate harsher winters in the future. Scientists speculate that climate change may be responsible for the dramatic temperature drop in North Cyprus, and indeed, in many other parts of the Northern Hemisphere. 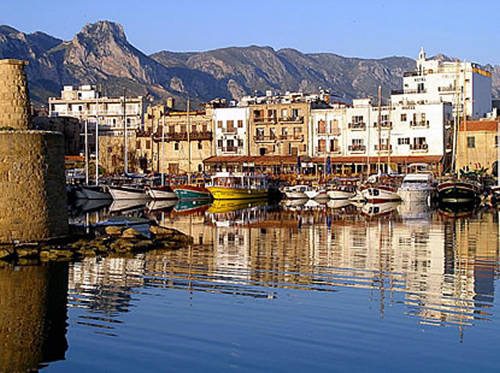 Although temperatures have returned to average levels for this time of year, it’s important to be aware that during the winter, the weather is more unpredictable; and as a result, road conditions can be treacherous. Rainfall is common this time of year, which can leave road surfaces slippery, and the region around the Kyrenia Bogaz picnic area is notorious for ice and occasional snowfall. It’s advisable to drive at a slower pace than normal, and be more alert to potential hazards on the road.